Uttarakhand, also known as the Land of the Gods, is a state located in the northern part of India. It is bordered by Tibet to the north, Nepal to the east, and Uttar Pradesh and Himachal Pradesh to the south. Uttarakhand Foundation Day is observed on November 9, 2000 as the state Uttaranchal (now known as Uttarakhand) was created as the 27th State of India.

To mark this occasion, we’ve compiled a list of 12 top facts about Uttarakhand that you may not know. From its stunning natural beauty to its rich cultural heritage, read on Uttarakhand Foundation Day to learn more about this fascinating state.

Uttarakhand was formed on 9th November 2000 as the 27th state of IndiaUttarakhand Foundation Day Uttar Pradesh and comprised of 13 districts. The name Uttarakhand literally means “Northern Region” in Sanskrit. Dehradun, which is located in the Doon Valley, is its capital city. 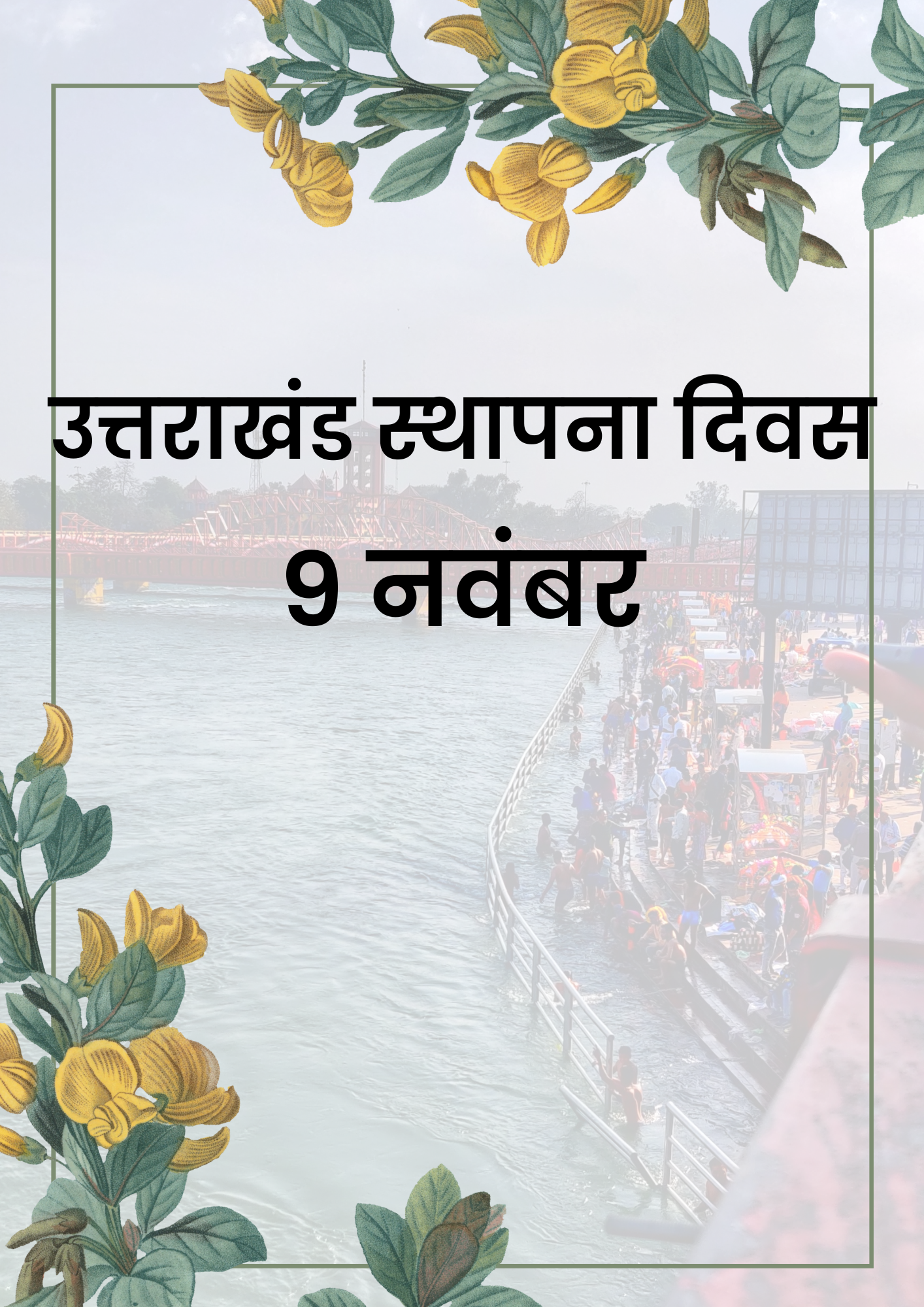 The state of Uttarakhand was originally known as Uttaranchal. It was established as a separate state on 9 November 2000. Uttaranchal means “northern region” in Sanskrit. The name Uttaranchal was changed to Uttarakhand in 2007.

The region, Uttarakhand was originally inhabited by the Austro-Asiatic Shiwalik people before it was invaded by Indo-Aryans during the Vedic period.

On this day, people of Uttarakhand remember and pay tribute to those who fought for the state’s formation. Uttarakhand, the 27th state, was formerly known as Uttaranchal as it is a state in the northern part of India. It was carved out of the state of Uttar Pradesh on 9 November 2000. The name of the state was officially changed to Uttarakhand on 15 August 2007.

Various events and functions are organized across the state to mark the occasion. The day also provides an opportunity to reflect on Uttarakhand’s progress over the past years and set new goals for the future.

Dehradun: The Capital of Uttarakhand

Uttarakhand, previously known as the Uttaranchal, is a state located in the northern part of India. The capital of Uttarakhand is Dehradun, which is also the largest city in the state.

Hindi is the official language spoken in Uttarakhand, although many residents also speak English and other local languages such as Garhwali and Kumaoni.

The economy of Uttarakhand is mainly based on agriculture and tourism. Agricultural with rice, wheat, sugarcane, maize and potatoes being the main crops grown. The state also has a thriving livestock sector with cows being the main animal reared. Other important industries in Uttarakhand include forestry, tourism and hydroelectric power generation.

Uttarakhand Foundation Day is observed on 9th November. 12 facts about Uttarakhand are discussed below:

1. The state was established as the 27th State of India on November 9, 2000, and its capital is Dehradun.

2. Uttarakhand is divided into 13 districts and was formerly known as Uttaranchal. Name was changed to Uttarakhand in 2007.

3. Hindi is the official language of Uttarakhand, although many other languages are spoken by its residents. Other languages used in Uttarakhand include Garhwali and Kumauni (both Pahadi languages), Punjabi, and Nepali.

6. Uttarakhand is a state in northern India and is often referred to as the “Land of the Gods” due to the many Hindu temples and pilgrimage sites as it is home to several pilgrimage sites such as Badrinath Temple, Kedarnath Temple, Gangotri, Yamunotri and Hemkund Sahib.

7. Uttarakhand is home to many rivers, lakes, and glaciers. The Ganges River originates from the Gangotri Glacier in Uttarakhand. Other important rivers include the Yamuna, Bhagirathi, Alaknanda.

8. Uttarakhand is a land of great natural beauty with many tourist destinations. Some of the most popular ones include Nainital, Mussoorie, Rishikesh, Haridwar, and Auli.

12. The state is also home to India’s highest court, the Nainital High Court.